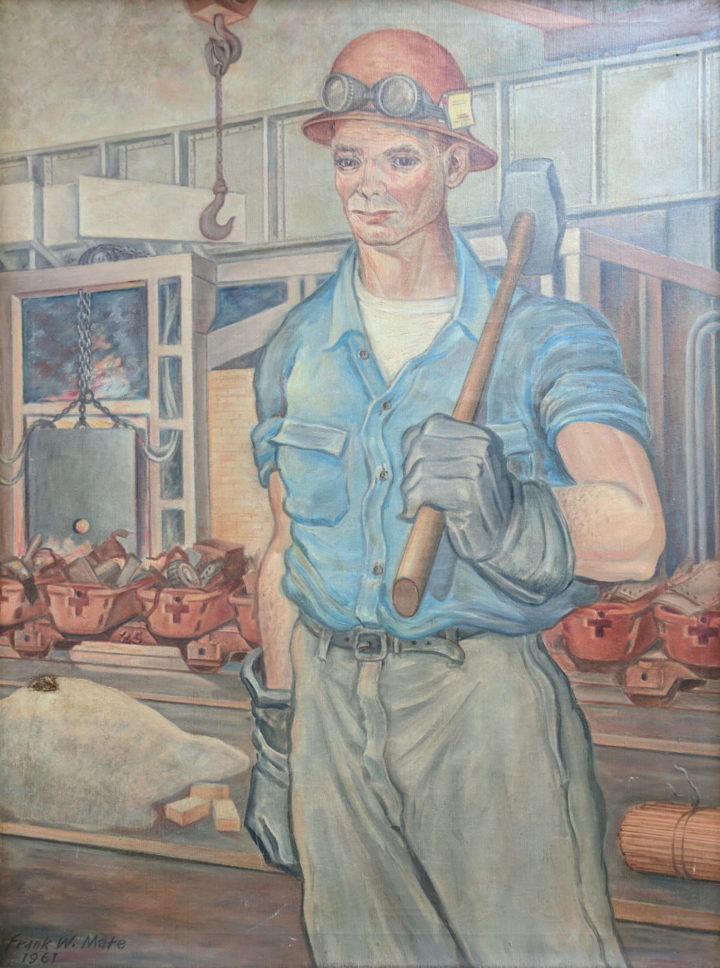 Idea Foundry is influenced in part by Pittsburgh’s hard-working, steel-town history and its resilience after the heyday of steel ended.  This painting of a steel-worker hangs in our office to remind us of Pittsburgh’s past and our role as an agent in Pittsburgh’s transformation to a future as a global innovation hub.

Working in harmony with the strong base of university-led science and technology research in Pittsburgh, Idea Foundry has been able to support companies that have pushed the boundaries of life-sciences, intelligent systems, robotics, and more. Capitalizing on this strong research base, we launched the region’s first accelerator, not just in name, but literally to accelerate the process of commercialization in our region.

Idea Foundry was also the first in the region to develop a program and accelerator specifically targeting social enterprise companies which aim to drive social or environmental impact along with creating a profitable business. Portfolio companies have made breakthroughs in the fight against human trafficking, affordable housing, local agricultural solutions, and fostering economic opportunity in the region and the globe.

Idea Foundry places interns on a rolling basis throughout the year to support our initiatives in entrepreneurship and global engagement. Idea Foundry has strong ties with local universities and is conveniently located in Oakland — a walk or bus ride away from many universities. If you're interested and still a student, you can find us on Handshake.

For anyone else, please send an email to the manager/director of the program you're most interested in contributing to. If you're not sure, send resume and cover letter to info@ideafoundry.org.

Pittsburgh: An Industrial History Transformed into an Innovation Hub

While Pittsburgh may still be known for its steel heritage, it is a city reborn through education, medicine, and innovation and is now attracting industry-leading companies, both nationally and internationally.

Companies like Google, Facebook, and Uber have major research and development offices in Pittsburgh. With more than 29 colleges and universities throughout the city, including world-renowned institutions such as Carnegie Mellon University and the University of Pittsburgh, Pittsburgh has access to a large talent pool.

It's location is also within a day's drive of other major East Coast cities including Boston, New York, Washington D.C., Philadelphia, and Chicago. However, in comparison to these cities as well as tech hubs on the West Coast, Pittsburgh has a considerably more affordable cost of living. For this, plus Pittsburgh's vast array of cultural amenities suitable for all types of people, Pittsburgh has consistently been ranked among the "most livable" cities in the United States.

Send us an email at info@ideafoundry.org or fill out the form on the Inquire page.